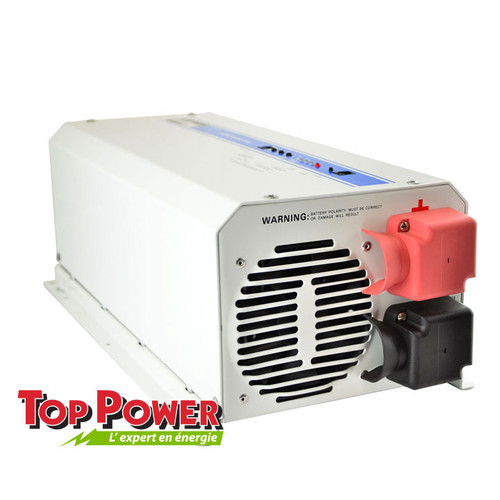 This is the best option for a non demanding application. two units can be stacked together to have 240VAC output and rising to 7.2Kw. Capable of running appliances at 220 Volts as Air Conditioners, water Pumps and high powered equipments.

3,600 watts, ideal for commercial and residential use. It’s has two (2)  full years of warranty and is very popular for offices and Residentials.

The Wave Inverter series, is a similar inverter of the now discontinued Trace/Xantrex DR Series, the world’s best and rough inverter ever builted.
They are so similar that you can Stack two of them together and they will synchronize together to provide 240 AC Volts @ 60Hz …

Wave Inverter set a new standard for “entry-level” inverters. By converting 12 or 24-volt power to clean AC, the EW1512/1524, EW2412/2424, EW3624 and EW5024 can run most common tools and appliances, including microwaves, refrigerators, hand tools, televisions and computers.

ALINO Outback All in One Inverter 1.4KVA @ 24Vdc