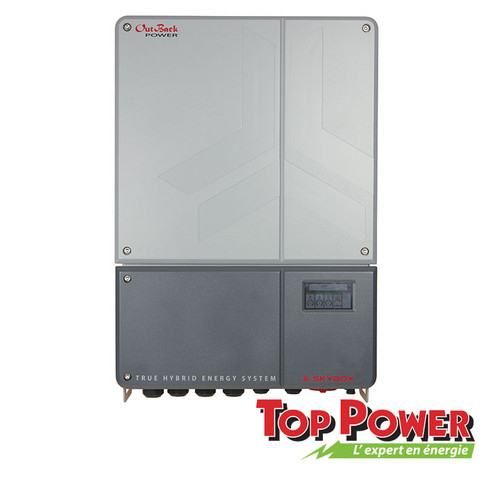 In a world of changing energy needs, complex utility rates and growing grid instability, SkyBox goes beyond both simple grid-tied and off-grid designs by creating an entirely new class of renewable energy system— a True Hybrid Energy System. By combining the economic benefits of a grid-tied system with all the independence and self-sufficiency of an off-grid system, SkyBox redefines simplicity, intelligence, flexibility and control.

ALINO Outback All in One Inverter 2.6KVA @ 48Vdc

ALINO Outback All in One Inverter 1.4KVA @ 24Vdc