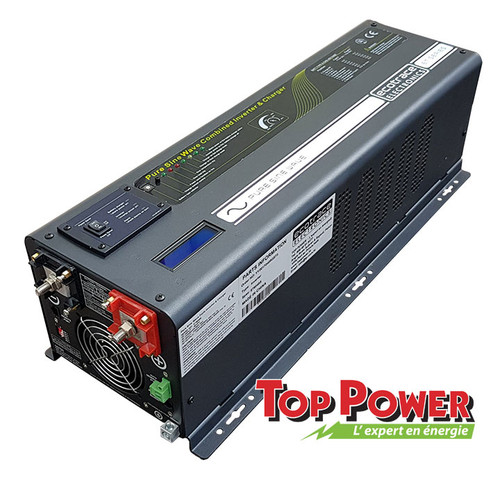 Are you looking for a clean, reliable alternative to a portable generator?

The ECOTRACE Inverter is the solution you're seeking! The ECOTRACE inverters powers the equipment you commonly use at home or work. such as power tools, pumps, portable lighting, notebook computers and more. 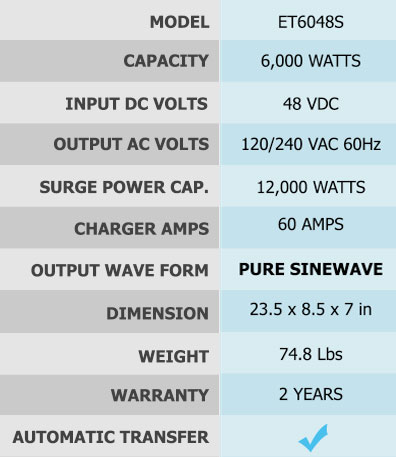 The Ecotrace Inverter series, is a similar inverter of the now discontinued Trace/Xantrex DR Series, the world’s best and rough inverter ever builted.
They are so similar that you can Stack two of them together and they will synchronize together to provide 240 AC Volts @ 60Hz …

Ecotrace Inverter set a new standard for “entry-level” inverters. By converting 12 or 24-volt power to clean AC, the EW1512/1524, EW2412/2424, EW3624 and EW5024 can run most common tools and appliances, including microwaves, refrigerators, hand tools, televisions and computers.

ALINO Outback All in One Inverter 2.6KVA @ 48Vdc